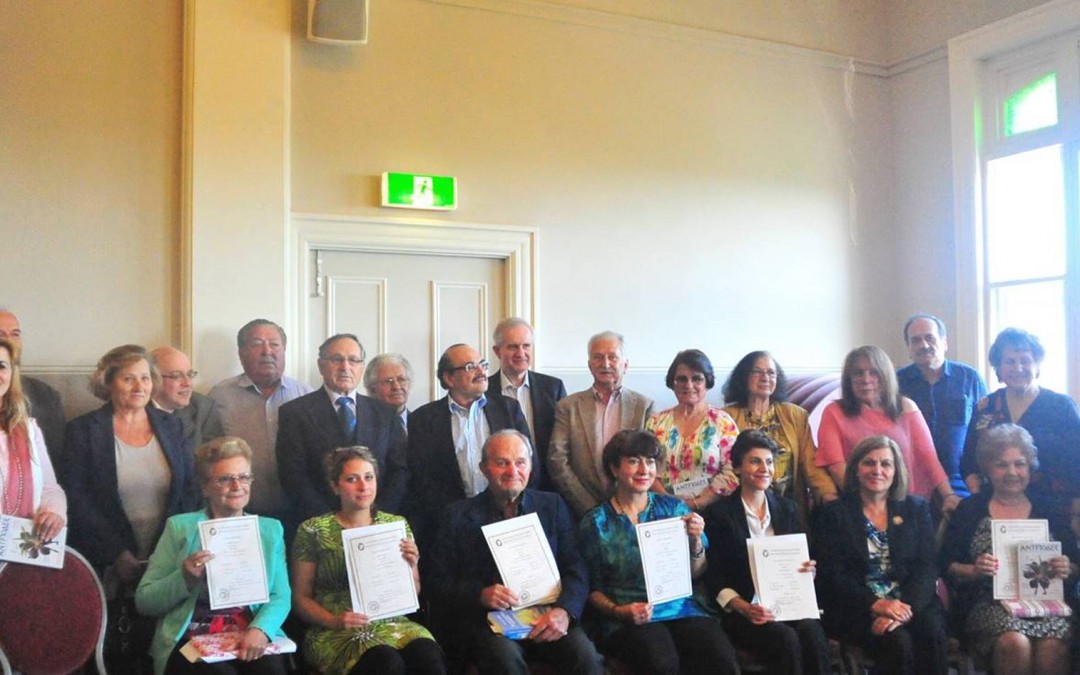 The Greek-Australian Cultural League of Melbourne announces its annual Literary Competition for 2016. The results will be announced on the day of the launch of the 62nd issue of the periodical Antipodes in October this year.

The Literary Competition covers work written in either Greek or English in the following categories: poetry, short stories and one-act theatrical plays by writers residing in Australia and is open to all ages.

Competition Rules:
• Participants are required to complete a registration form which can be downloaded from the Greek-Australian Cultural League website (REGISTRATION FORM: www.gacl.com.au) and should be emailed to the Literary Competition address: gaclitcomp@gmail.com
• The adjudication will be separate for each language.
• Participants may submit work in one or all the categories and in one or both languages, with only one piece in each category they choose. Works with mixed language content, e.g. parts of a dialogue in a poem, a short story or a one-act play, are acceptable, but they will be classified according to the language used in the largest part of the text, at the discretion of the judging panel.
• Works that do not comply with the limits of content, as prescribed below, will be automatically rejected and will not be forwarded to the panel of judges.
• Content limits: Poem 100 verses (lines); Short story 2000 words; One-act play 15 minutes’ duration.
• All submissions should be the original work(s) of the authors and should not have been submitted in another competition or have been previously published.
• Each work submitted should be signed by a pseudonym (nom de plume) and the same pseudonym should be used in signing all the entries submitted by the same person.
• Each competition entry should be sent only electronically (Word document attachment) to the competition email address: gaclitcomp@gmail.com . Additionally, in a separate text sent to the same email address, participants are required to forward their particulars, including the pseudonym, the full name, address and telephone numbers and also, the number of verses in their poems and number of words in their short stories.
• The First Prize in each category and in each language will be a commemorative trophy and a monetary prize. The Second and Third Prizes and any Commendations will be a relevant award certificates and books.
• In all categories and languages, the works awarded First Prize will be published in the 62nd issue of the periodical Antipodes which will be launched on the day of the announcement of the awards.
• The deadline for the submission of works for participation in the Literary Competition 2016 is Friday 15 July 2016.