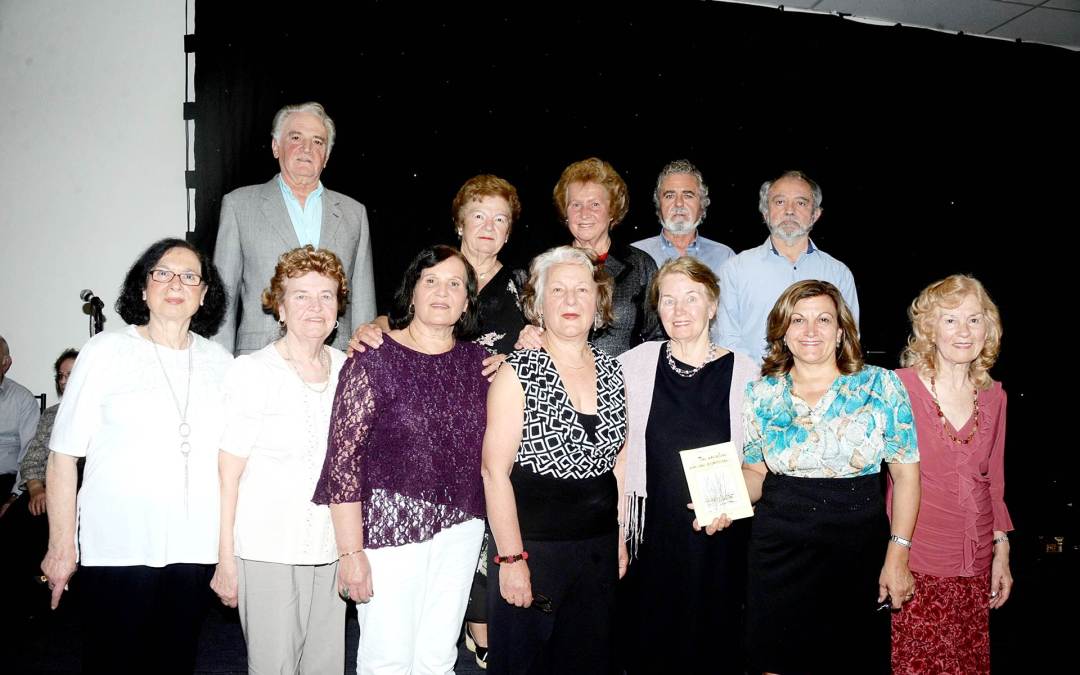 “I have chosen to speak about Ioanna, the person, the writer, the activist, the friend, rather than speak specifically about the book we are launching today approximately titled “…of loneliness and of wakefulness/vigilance…” because I felt that this poetry collection is the sum total of all the works of this writer who has been in the forefront promoting the written and spoken Greek word for far too many years to mention. And in any case what is time and who is bothered by it?

Before I started writing a brief overview of Ioanna’s literary contribution to the Greek Diaspora, I began trawling through my welcoming speeches of past book launches written for her and rediscovered her broad spectrum of writing styles in poetry and short stories on subject matter that ranged from love, hate, war, peace, friendship, loneliness, deprivation, family, social injustice, inequality, religion, philosophy, music, happiness, pain, memories, grief, migration, asylum seekers, (101) etc.,-a  bottomless well of topics that touch our everyday existence.

Ioanna’s preoccupation with such an extensive range of issues and her insatiable pursuit to speak her mind publically produced the book in 2011 which was a compilation of selected letters written to the Greek newspapers. The title “Letters to the World” is in some ways a play on words because most of the letters were published in the Greek newspaper aptly named “The New World”. She opens the book with the quote-“If you fear, do not speak, if you speak, do not fear.”   Personally I think that this saying embodies Ioanna’s philosophy on life. 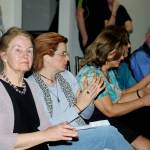 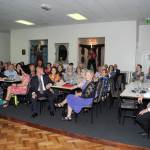 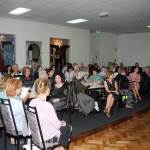 She is a prolific writer contributing her works to periodicals and anthologies in Greece and Australia, such as “Antipodes”, “O Logos”, “Nea Ariadni”, “Keleno”, and countless others. She has also written articles, critical essays and presented many books of aspiring writers in our Community.

It would be remiss of me not to mention Ioanna’s incessant voluntary contribution in assisting those men and women who needed guidance in starting out their literary career. Countless are those who have been assisted by her expertise in the literary arena in order to achieve better outcomes in their formative years in writing in the different genres in the Greek language.

She has been bestowed various literary awards by prestigious organisations from Australia and Greece. Her capacity to give to others openly without any monetary compensation has been demonstrated all these years. She was one of the founding members of the Hellenic Writers Association as well as serving on the Board of the GACL for a number of years. For a long time now Ioanna has been holding literary classes in the Greek language at Northcote Library, assisting many writers who were not fortunate enough to learn their language in their homeland.

Ioanna was born in one of the most beautiful parts of Greece-Aigion, a place I call my second home as well. It combines mountains and sea, orchards, vineyards, olive groves, fishing and a lot of ancient Greek history. She was born just before the Second World War years that were filled with austerity and deprivation but Ioanna was inspired by the wonderful environment around her and her warm but austere family upbringing to become the person that she is –caring, compassionate and full of enthusiasm for life.

Some of her short stories are filled with memories of the hardships experienced during the troubled times of the war and reveal the anguish the people from the countryside underwent for survival. She reflects on the youthful dreams and aspirations and comes out from all this fearless, free-spirited and determined. Ioanna also writes about the migrant experience. She has experienced this only too well as a mother of 4 children, a devoted wife, running a business as well as having to learn the language and come to terms with the new customs and norms of her new homeland. She has a positive, optimistic outlook to life and this has sustained all these years in spite of adversity.

“Courage is man’s most important quality in life’s struggles.”
“Don’t give up in the face of Adversity.”

And just a few words about the latest poetry collection, as I mentioned at the beginning Ioanna has a lot to say and finds a different writing style to say this in the form of quotes, sayings and poems. She laments about the more blissful years in the following poem-

and ends up touching on another very topical issue of aging…

This latest poetry collection defines once again the inquiring mind and the sensitive nature of the writer.

Congratulations Ioanna for another milestone in your writing path. Continue creating because as you personally said back in March 2003 when we presented your book “…almost the same”, and I quote, “…I am compelled to write because for me it is a way of life, it is my life, I write to find answers.”

I think that you are an eternal optimist and an incurable romantic…and we love you for it.”