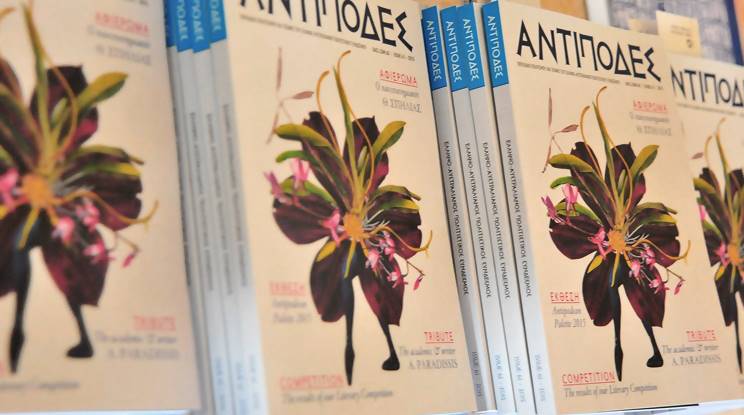 The 64th issue of the literary periodical Antipodes will be launched οn Sunday 7th October, 2018. This year the periodical is celebrating its 45th year of continuous circulation and will be commemorated with a special publication.

The issue will pay a special tribute to Antigone Kefala, an Australian author and poet who has been proposed for several prestigious government literary awards. She won the 2016 Judith Wright Award for her recent poetry collection, “Fragments”.

Her themes primarily centre around the people who have lost their homeland due to war or displacement.

Works to be submitted for publication must be original works that have not been published or promoted in another publication.

The deadline for submitting contributions is Friday 8th June, 2018. Works that exceed the specified size limits will be rejected, without involving the Editorial Committee.