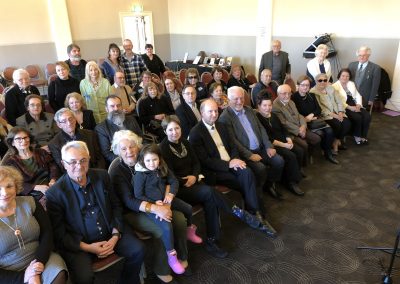 Our League celebrated the milestone of 50 years since its foundation in the weekend 17/18 August 2019. The event was held at the Panarcadian Association building 570 Victoria Street North Melbourne.

The celebrations began at 2:00 pm on Saturday on the first floor with the opening of the art exhibition of paintings in acrylics by the participants in the course conducted by the well-known painter Mary Raphael over fifteen three-hour sessions held on Saturdays between March and July at the Panarcadian Association.

Mary Raphael said to us: “I had a wonderful experience in sharing my knowledge and techniques in painting with acrylics with twelve remarkable students, in a calm and friendly atmosphere. From abstract art to realism and from contemporary forms to impressionism, the resultant works were all worthy of exhibition”.

The second part of the event started at 3:00 pm on the second floor and comprised an extensive programme in the presence of Mr Dimitrios Michalopoulos, Consul General of Greece, Dr Stephie Nikoloudis, Coordinator and Dr Dimitri Gonis, lecturer, Greek Studies at Latrobe University. State Health Minister Jenny Mikakos, who could not attend, had sent a congratulatory greeting.

The MC was Mr John Milides, former President of GACL referred to the foundation members who had met at the Greek Orthodox Community of Melbourne and Victoria on 10 July 1970 with the aim of founding the organisation that became the Greek-Australian Cultural League. He also made a special mention of the pioneers and the older long-serving members of the League, who are no longer with us, and welcomed some of their spouses who were now present and had in the past made enormous contributions, like Frederica Deliyiannis, Maria Zoumis and Pota Katsaras.   He mentioned former Presidents who were now present such as the educator Mr Costas Papadopoulos and the poet and painter Mr Nikos Nomikos and also, current officers of other community organisations such as Ms Chryssa Kanatas, President of the Panarcadian Association and Ms Betty Dimitropoulos, President of the Pammessinian Brotherhood “O Papaflessas”.

The President of GACL Cathy Alexopoulos in her concise address in Greek and English noted that our League “despite beginning with modest ambitions, it managed, in time, to capitalise on opportunities, meet with challenges, develop various possibilities and adopt technological changes with the aim to bring to future members the vision of its directions, thus attaining a progress beyond all anticipation. This is how milestones are attained and how legacies are created”.

She thanked all who sent congratulatory messages, or offered their support to the League and also those who contributed to the organisation of the 50 year anniversary celebrations, with special thanks to John Milides, Mary Raphael – who donated her painting Peace and Freedom to be offered for a silent auction with the proceeds to be used towards the cover of expenses of future art programmes of the GACL – and Costa Athanassiou who curated the PowerPoint presentation that covered the spectrum of activities of the League during the first fifty years of its existence.

She also thanked the Greek media for their continuing support and the President and A.C. of the Panarcadian Association for kindly making available to our League the spaces of the Association’s building for our committee meetings, painting workshops and various events.

On the occasion of the fifty- year celebrations, Cathy Alexopoulos announced the decision of the Administrative Committee of the GACL to give monetary awards to two students who will achieve a distinction in their studies in the Greek Studies Centre at Latrobe University in 2020.

The Consul General congratulated the Greek-Australian Cultural League for its fiftieth anniversary and wished it a successful continuation. He emphasised that Hellenism in Melbourne is

buoyant with its variety of cultural events that he personally enjoys following closely.

The PowerPoint presentation was a comprehensive overview of the activity of the GACL: a selection of various events over 50 years, with background music from compositions by the late Costas Tsicaderis.

This was followed by an open discussion with foundation members Kyriakos Amanatides (Honorary President), Dina Amanatides and Dr Chris N. Fifis, led by our President. This centred on the first years of the League and the difficulties it faced till the first edition of the periodical Antipodes in 1974.

Anthea Sidiropoulos concluded the programme with songs based on the poetry of local poets set to music by local composers.

We thank the architect Athanasios Andronas who purchased Mary Raphael’s painting with his offer of $800.00 in the silent auction. 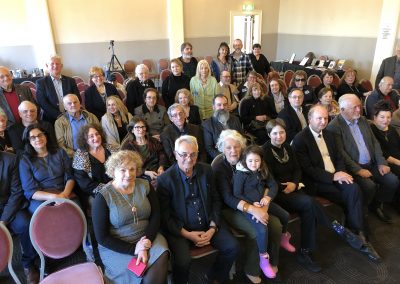 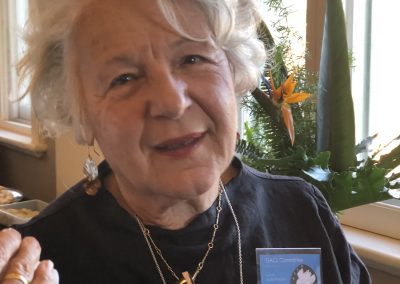 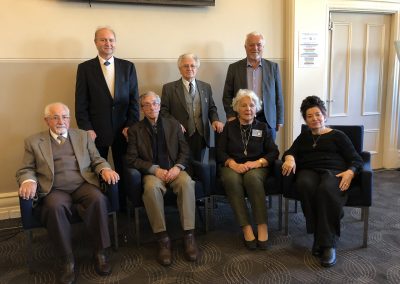 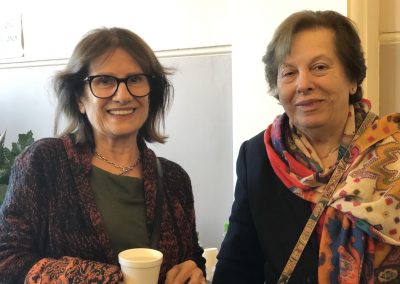 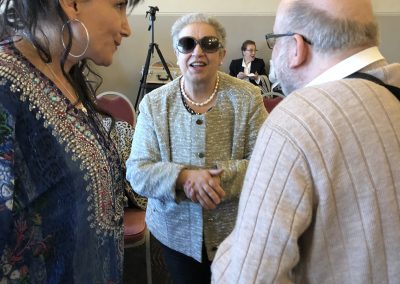 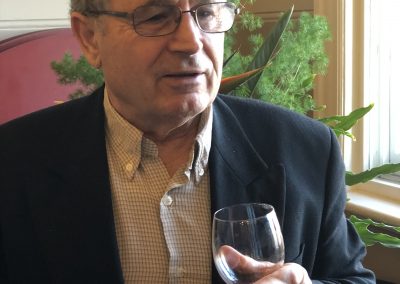 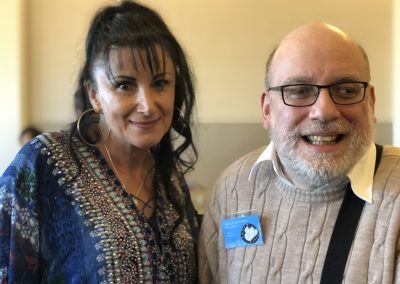 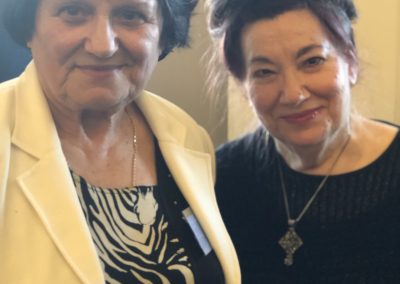 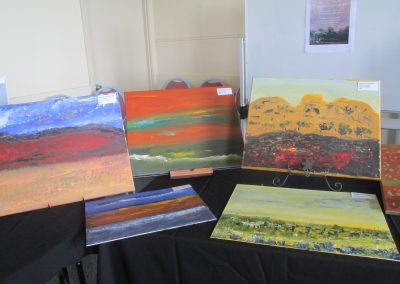 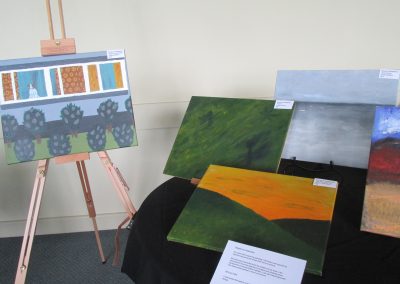 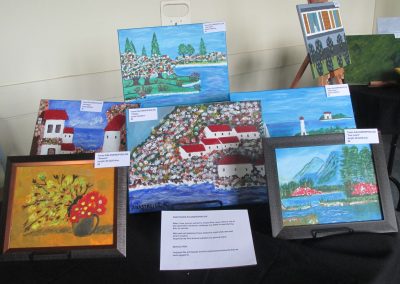 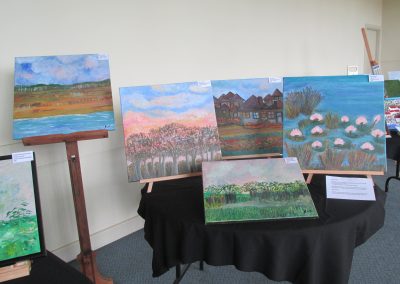 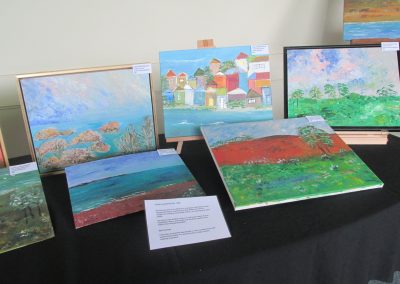 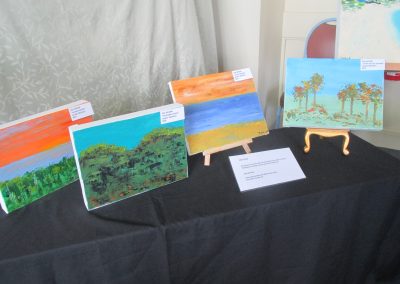