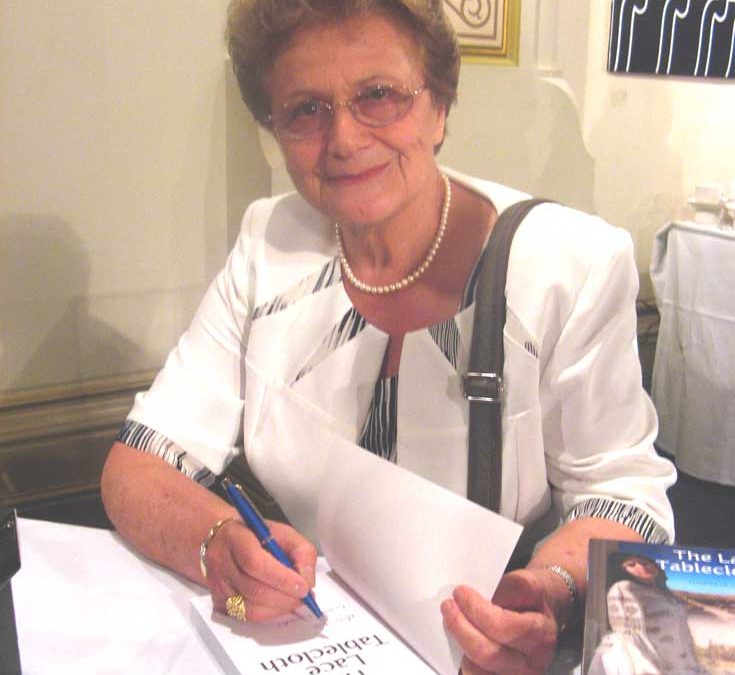 This is a well-inspired and pleasingly narrated novel unfolded in 17 Chapters; most of the set narrating stages are being build up in the war and tragedy-stricken Greece (ten chapters), two aboard Italian steamship Aurelia and five in Australia. The main narration of the novel, 15 Chapters, is being unfolded within a time of approximately 14 years (1940-1952). The author uses two main narrative approaches, one via the mind and conscience/sub-conscience of her protagonist, Tasia, and one direct as the compiling author.

The overall narration is characterized/ by the sharp contrasts in emphasis and perceptions defining the Australian socio-economic and cultural landscape, between the harsh and callous pioneering years of the protagonists in Terra Australis depicted in the three last chapters of the novel and the warm-heartened and gentle years of integration, maturity and citizenship reached by the protagonist fifty years later. The narration of the tragic events in Greece through continuous warfare, famine, political and socio-economic instability are portrayed vividly and truthfully. Gessa-Liveriadis portrays in a charismatic and earnest way the turbulent, violent and chaotic modern history of Greece through the innocent eyes of a child, depicting the turmoil of the German Occupation (1941-1945), the Greek Civil war (1946-1949) shading light and devoting certain portions of her native in the national and natural disasters that stroke Greece in the 20th century.

The popular description of her characters in the villages and the ethnographic and folklore portrayal of her daily characters, their dialogues and daily practices are very vivid and colorful to the extent that every reader could identify for himself/herself certain aspects of their features and their recitations. The individual personalities outlined in her novel are very real and their stories and characters are being unfolded in a realistic and vigorous way. Gessa-Liveriadis should be praised for navigating through these difficult years for Greece in a way that is broadly speaking impartial. Naturally certain historical events are not presented in their accurate perspective; yet, this is literature and in poetry and literature the creator could establish even the impossible as a reality; after all Homer made Penelope to give a birth at her 90th year of age!

Her protagonist, Tasia, is a romantic, passionate, idealistic and sometimes naïve person who is stricken by an ill-fated and to a certain extent histrionic life, at least until the end of her first wedding; elements of Greek drama are shed to almost all of her casting list; Gessa-Liveriadis narrative modus operandi remains the ‘unexpected’, the bolt from the blue, from the very first page of her novel to the last word. She wishes to take her readers by surprise, to keep them astonished by the heaviness awful destructions and human atrocities; her objective is to describe the climax of dreadful trials, to upgrade the drama of the events or to express the extreme and self-sacrificing attitudes or the grotesque and inhuman mode of behavior of her protagonists. The author prefers the crescendo in her style of writing. Some readers may question the volume of blood consumed in the novel or the quantity of deaths, the amount of perishing opportunities, the level of human waste, the size of tragedy and the amount of drama; however, equally so, tragic and immensely catastrophic and heart-rending has been the 20th century Greek history through the eyes of deprived and destitute citizens, impoverished refugees and victims of terrible religious persecutions, appalling ethnic cleansings and heartbreaking catastrophes.

Gessa-Liveriadis’ novel is a very valuable literary creation; its contribution is significant for the understanding of the Greek way of life, the ethos, the social order and characteristics of the Greek villages and regional urban centers like Ptolemais; her description of Greek institutional life, the Church, the police and the people with authority are real and deserve praise as indeed level-headed and genuine are her descriptions of the popular village characters, especially those in the local Kaphenion and the ladies of speculation in the villages; the portrayal of the multi-lingual and multi-cultural populations in Macedonia, the existing divisions between indigenous and refugees in her village and in Ptolemais; particularly important are her inter-communal descriptions in Greece and her generous intra-family relations. It is also rather curious from the reader’s perspective that although Tasia’s relation with her parents receive due attention, her brother, Kostas, is being mentioned with a passing reference manner, only in three occasions. Gessa-Liveriadis uses or eliminates her protagonists always having as the objective to surprise her readers. Overall, her narration is a useful tool for anthropologists and ethnographers studying 20th century Greek social life.

The origins of Greek migration and settlement and the contributing causes that triggered the huge migration of 270.000 Greeks and Cypriots in Australia are primarily portrays in this novel during the period 1952-1975. Gessa-Liveriadis outlines the procedures for application, the terms of selection and the way of life of the incoming immigrants in their ships to Australia . She also gives a rather short and feeble description of the immigrant way of life in the inner suburban areas and in particular that of Richmond, where communal life was necessitated. The real and the imaginary, the factual and the false in the mental process, the rational and the irrational are all intermingled presenting the outcomes of a life in turmoil. This becomes particularly important and true when the reader, after concluding the reading of the last Chapter, could read again the very first one, to experience the outmost tranquility, the Catharsis of the Ancient Greek drama.