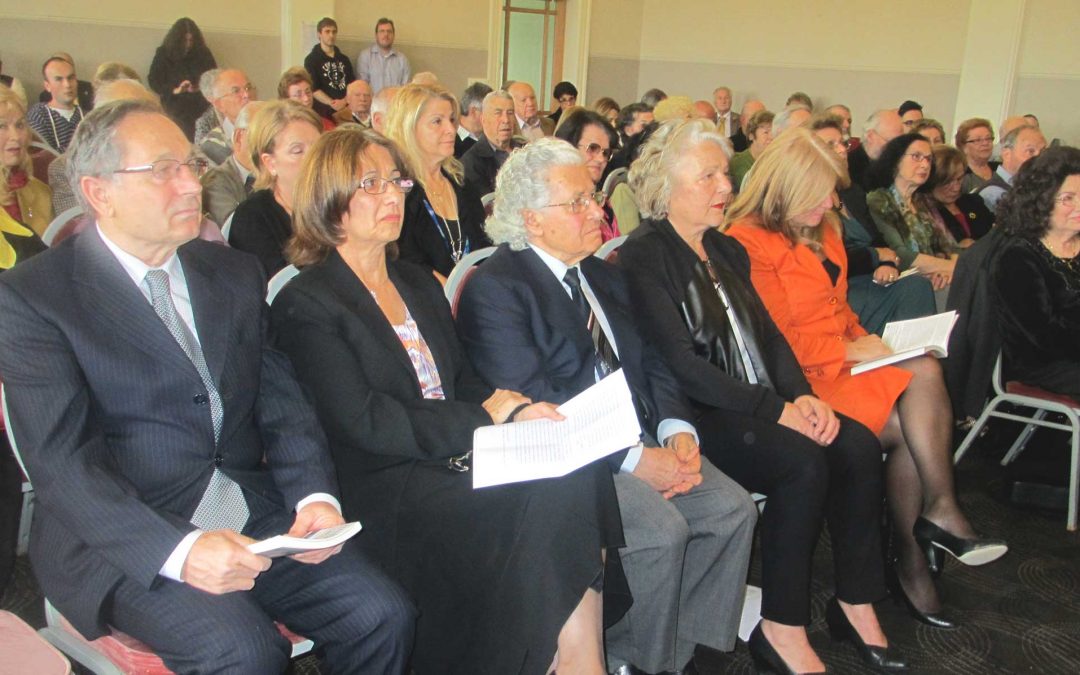 The Greek Australian Cultural League of Melbourne (GACLM) was established in 1970 by a group of young, dedicated and visionary men and women whose love of the Greek letters and culture bore fruit in the creation of an Association that promoted and supported the creative endeavours of Greek Australian artists and writers. The League initiates, organises and participates in cultural, artistic, social and intellectual activities throughout the year. It organises the annual bilingual Literary Competition and publishes the annual bilingual periodical “Antipodes”.

This periodical has been circulating in the broader Australian community as well as overseas for 40 years and is the longest circulating Greek-Australian periodical – something we are very proud and would like to see its longevity prolonged. Its enduring existence is a credit to the outstanding contributions, the excellent work of the successive editorial committees and the visionary work of the Administrative Committees of the GACLM. Throughout the years it has featured works by Greek-Australian writers and artists in either English or Greek whose contribution to the maintenance of the Greek culture and literature is assured. Every year the periodical is dedicated to a well-known person in the Greek-Australian Diaspora who has contributed to the promotion of the Greek letters or the Greek culture in various ways. This year the periodical pays tribute to academic Dr Maria Herotodou, for her tireless and dedicated contribution to the Greek letters, history and culture in the Greek-Australian community.

At the same event we will be announcing the results of the Literary Competition 2013, in which participation from Overseas and Australia far exceeded our expectations. Thus bringing forth a higher literary standard and making the work of the Cultural League more important and relevant to our multicultural society. All welcome.