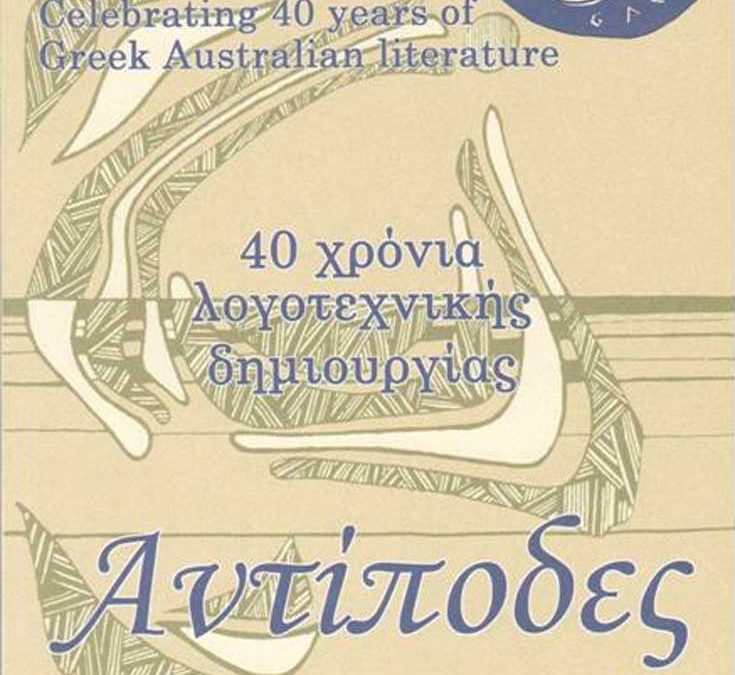 On Sunday 6 October 2013, the Greek–Australian Cultural League (GACL) launched  the periodical Antipodes vol. 59 and announced the annual literary competition results. In the presence of Mrs Eleni Lianidou, the Consul General for Greece; Mr Kyriakos Amanatides, Honorary President of the GACL; and other distinguished guests, members and friends of the League, the periodical Antipodes celebrated its fortieth year in circulation, longer than any other periodical of the Greek diaspora.

This year the periodical honoured Dr Maria Herodotou whose career as a distinguished educator and academic has spanned more than 37 years. She is currently teaching Modern Greek at Latrobe University.The hall on Level 2 at the Panarcadian Association of Melbourne “O Kolokotronis” in North Melbourne was packed with devotees of the literary word and of the arts from across the Greek-Australian community.Mr George Vrakas was the M.C. again this year and welcomed all with a brief introduction and encouragement for those in the audience who were not members to consider joining.

Mr Kyriakos Amanatides then took the audience on a journey through the history of Antipodes from cover to cover, through the various incarnations of the periodical to its present form. Volume 59 pays homage to the past, in that its front and back cover feature a myriad of covers that had graced previous issues.

Dr Christos Fifis launched the periodical and read extracts from Volume 59 that tantalised the audience. ‘The standard of writing from poetry, short stories and research papers was of a very high standard, and the periodical would make a worthy addition to a home or school library’, he said.

Mrs Cathy Alexopoulos, President of the GACL, spoke about the role the periodical has played in the Greek diaspora and indeed in the promotion of Hellenism in Australia. ‘The enduring existence of the periodical Antipodes is a credit to the outstanding contributions and the excellent work of the successive editorial committees, and the visionary work of the administrative committees of the GACL. Throughout its forty year history the periodical has featured works by Greek-Australian writers and artists in either English or Greek whose contribution to the maintenance of the Greek culture and literature is assured,’ she said.

She added, ‘Every year the periodical is dedicated to a well-known person in the Greek-Australian diaspora who has contributed to the promotion of the Greek letters or the Greek culture in various ways. This year the periodical pays tribute to academic Dr. Maria Herodotou for her tireless and dedicated contribution to the teaching of Greek for over 37 years. She is currently the Head of Modern Greek Studies at Latrobe.  Maria is an energetic, soft-spoken, individual who has been a great advocator for the Greek language, history and culture. We, from the Cultural League are very proud to dedicate this periodical to her.’

Dr Herodotou is an inspiration to many first, second and third generation Greek Australians who have a desire to study Greek and retain the language. It is significant to note that a number of audience members were her former students.

Mrs Alexopoulos thanked the Editorial Board, and especially Mr Frixos Ioannides, for his vast contribution to the page design and layout and Mr Kyriakos Amanatides for his meticulous editorial work for this special fortieth anniversary issue.

The President expressed appreciation to the many artists who not only had eagerly participated in the art exhibition in July 2013, but also offered their works for the enrichment of the pages of Antipodes again this year. On behalf of the League, she offered sincere thanks to the many contributors and collaborators of the periodical, as well as the generous sponsors: Peter Zapris – Ellikon Printing, Oz Food Industries, Tasiopoulos Lambros & Co. Legal Services, Omiros College & Kalimera Kids and Agora Dialoque.

The President expressed her gratitude to all the members of the Admnistrative Committee for the commitment and hard work that they have displayed in the realisation of this event. She also thanked the members of the Administrative Committee of the Panarcadian Association of Melbourne and Victoria   “O Kolokotronis” for the important support they offered in organising the use of their outstanding and newly renovated premises.

In her speech, Mrs Eleni Lianidou commended the League for its visionary and long-standing work, and the important role that the periodical has played in the promotion and support of aspiring Greek-Australian writers. She spoke of the need to continue to inspire and attract young writers to its realm. She commended Dr Maria Herodotou for her contribution to Greek education and congratulated her on being selected for this dedication.

Following the speeches everyone sang ‘Happy Birthday’ to the Antipodes periodical and the wonderful Ms Anthea Sidiropoulos was on hand to lead the chorus. 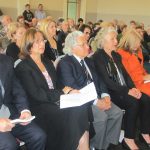 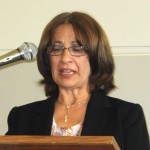 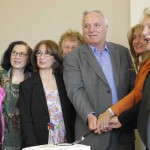 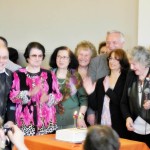 The awards ceremony for the literary competition concluded the evening.

The results were as follows:

1st Prize   That’s when I saw your brute… Nick Trakakis