Next October the new edition of the ‘Antipodes’ periodical 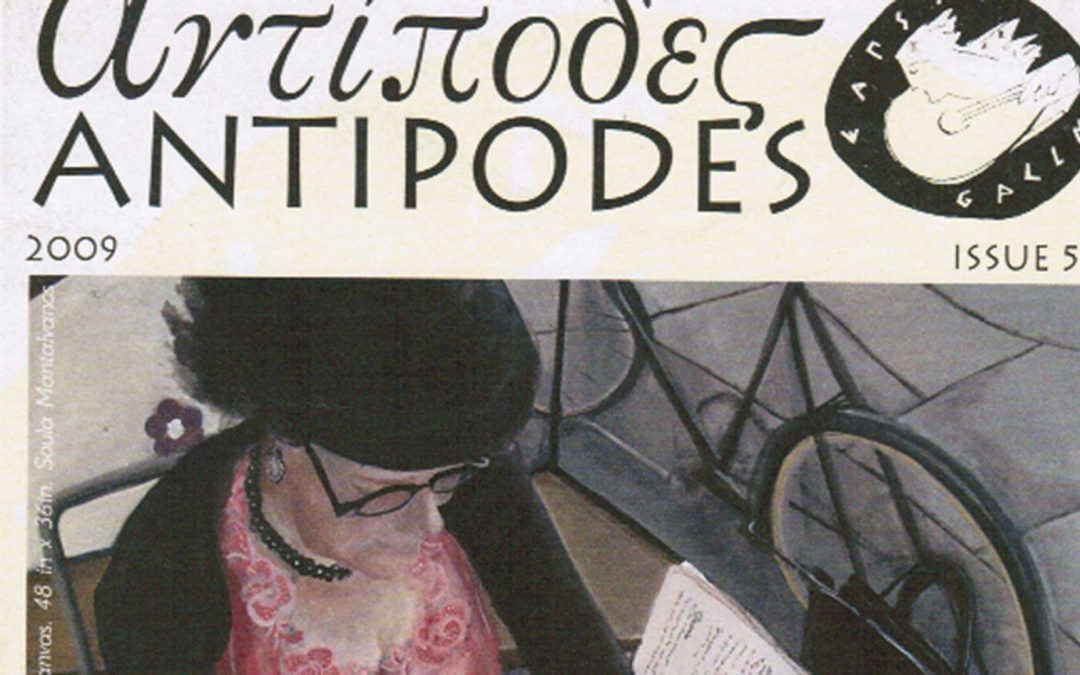 The 60th Volume of the literary periodical «ANTIPODES» will be launched the 5th of October 2014. Τhis issue will publish works submitted by its members, such as poems, short stories, studies, essays, book reviews and οther literary works, in Greek and English.

Submitted works, in order to be published in the periodical must be approved by the Editorial Committee. All material submitted must not have been published previously and is the original work of the author.

The following length limits apply to each category: Poems: 100 lines, Short Stories and Essays: 2000 words, Studies: 3000 words, Book Reviews: 1000 words. Seven copies per contribution should be submitted, these are non-returnable. The deadline for submitting contributions is the 26th June, 2014. Works that exceed the specified size limits will be rejected, without involving the Editorial Committee.

Works Submitted must be posted to the: Greek-Australian Cultural League of Melbourne,  University of Melbourne, P.O. Box 4307, Parkville, Vic., 3052 and must reach the GACL by the 26th of June 2014. We encourage submissions to be sent in electronic form to gacl.editor@gmail.com