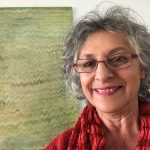 Joy is a multi-disciplinary artist with works in puppetry, painting, ceramics, printmaking, digital imagery, and traditional icon painting.
Her work explores the patterns, rhythms, and marks of nature in painted and printed forms and more recently from coffee cup ‘reading’ pattern imagery.

In her painted works, she abstracts the natural forms to a series of graphic units of strokes and lines. With these units she uses a technically simple form of printmaking and painting to build complex layers of colour, depth, and movement. Moving away from representing the natural world in natural pictorial form, she deconstructs imagery using repetition of marks to create moving surfaces of colour which allude to energy fields, wave systems and other unseen patterns within the natural world.

Joy (Economos) McDonald studied Fine Arts at Sydney University (1970s) and graduated at the Australian National University in Visual Arts in 1997 after teaching for several years in NSW. Now residing in Melbourne Joy has continued her art career in abstract imagery both digital and on canvas.

Her work is in several collections both overseas and in Australia, in the collection of the Canberra Museum and Gallery and in corporate collections. She spent time in Canberra on the Board of ANCA (Australian National Capital Artists) was a member of Craft ACT where she often exhibited as an APM, (Aust. Professional Member) her last solo there being in 2013.

She was a finalist in the Fleurieu Biennale SA in 2008, and again in three categories with two high commendations in 2011. She received a Rosalie Gascoigne Award from the Capital Arts Patrons Organization (CAPO) Canberra and a recipient of two grants from artsACT 2011 and 2012 for a Centenary puppet stage production and children’s book in 2013 titled, The Very Sad Fishlady, which was performed at THE STREET THEATRE. This story, and its subsequent production, was inspired by her Greek heritage with connections to Kastellorizo, in the Dodecanese Islands of Greece.

In her early artistic career, Joy began as a puppeteer with Peter Scriven’s Marionette Theatre, The Tintookies which toured Australia’s country towns. Here she worked with Michael Salmon, the well-known Melbourne children’s author. Joy has had over sixty exhibitions (ceramic, painting, and prints) and several solo exhibitions in Canberra and Sydney. She lives with her Husband James McDonald, PhD, who is an academic and a historian, specialising in Classical Greek and Canberra history. 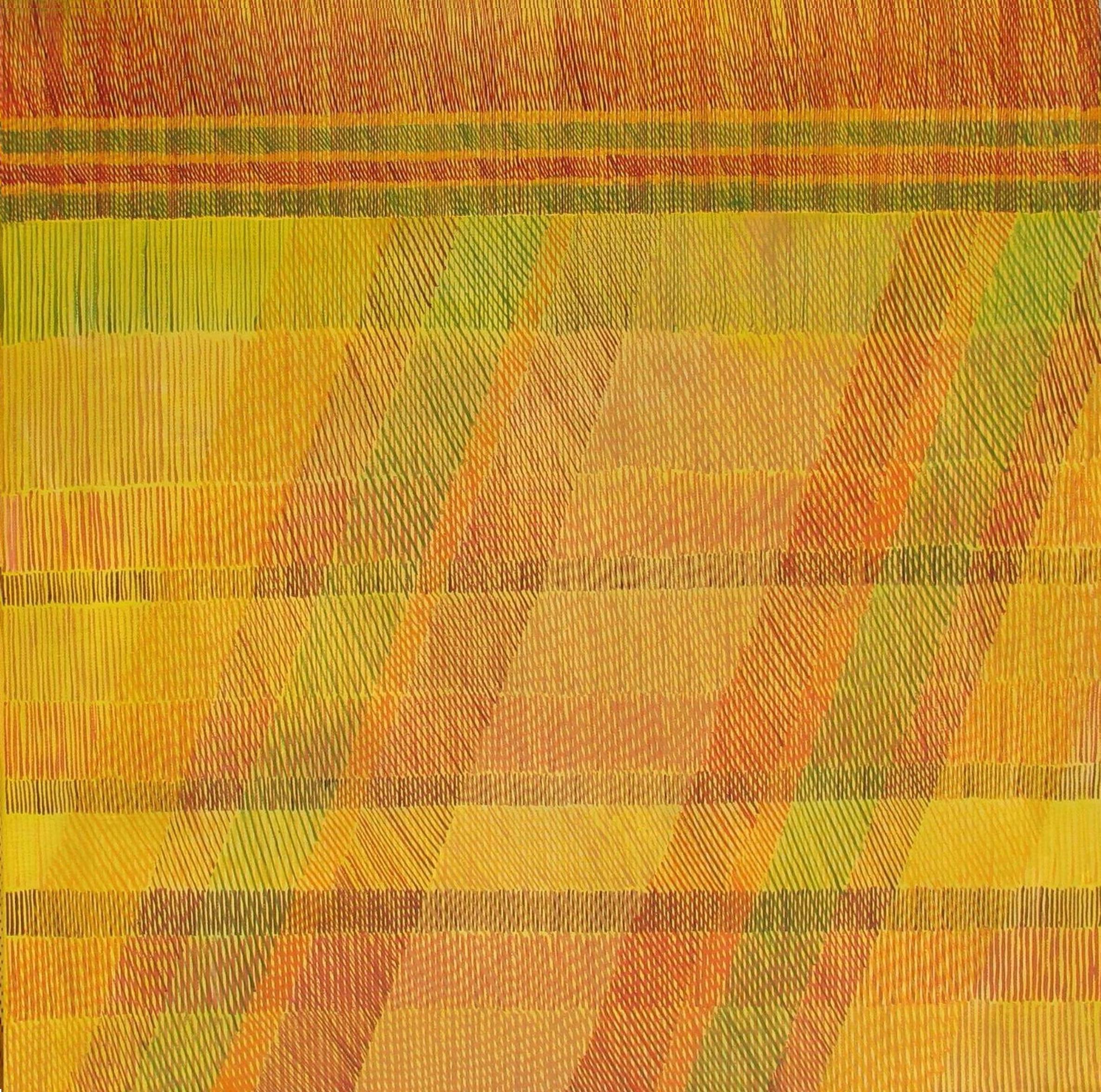 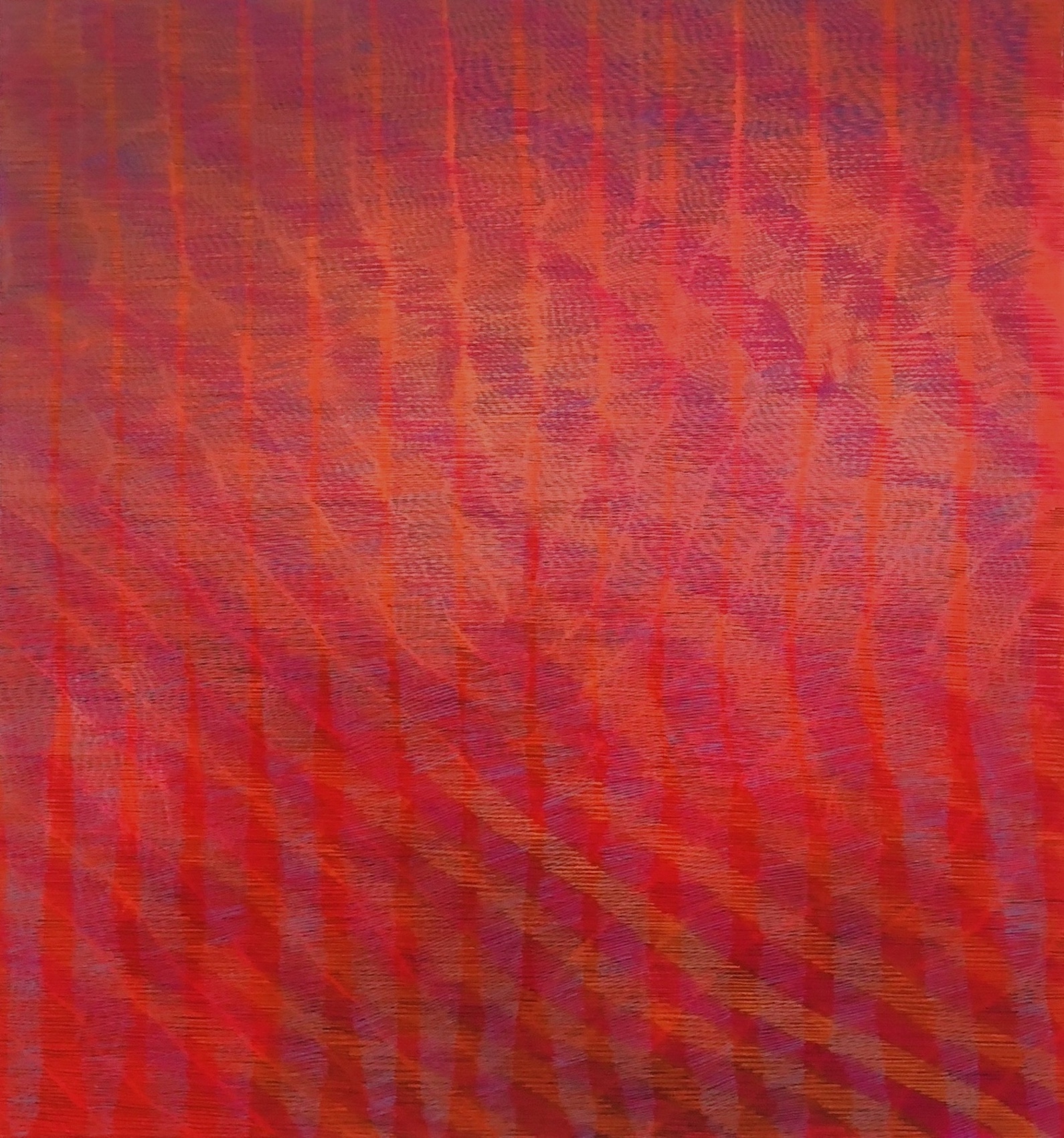 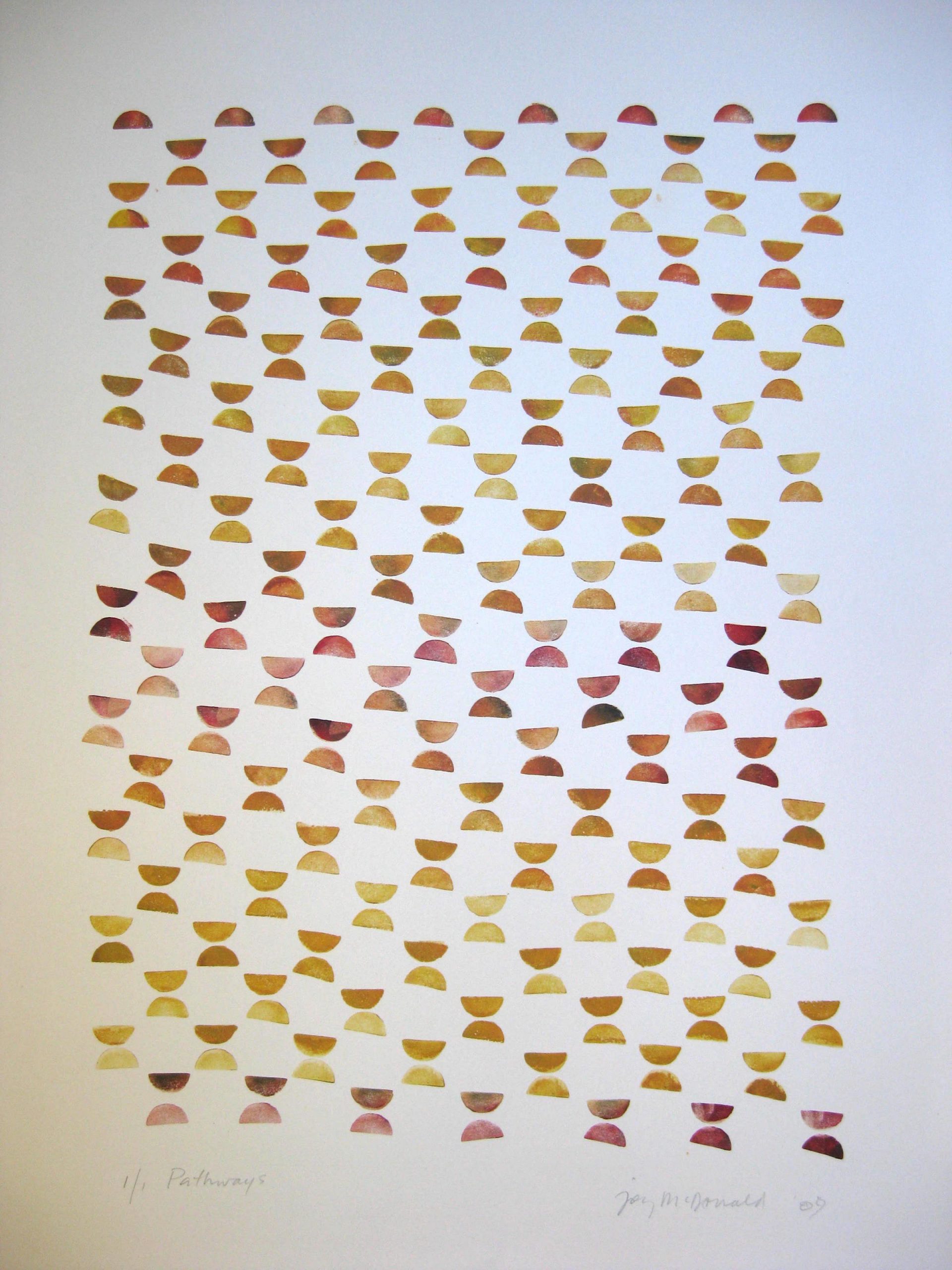 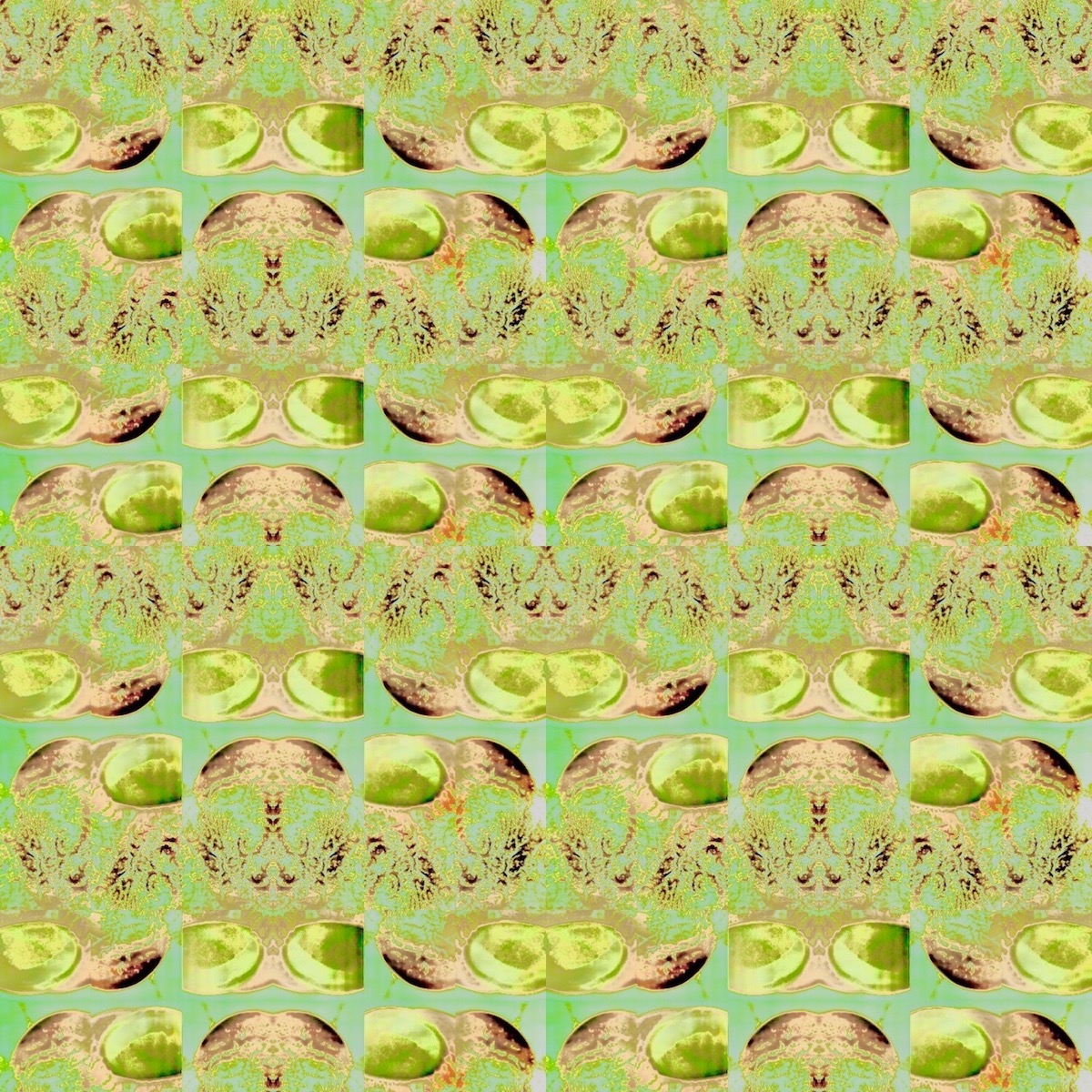