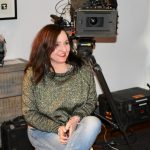 Stella Grammenos-Dimadis is an award winning writer, director and producer at Medea Films, with a passion for cinematic, provocative and compelling storytelling. Her film work is complemented by her art practice which is figurative and expressive in style. She was awarded her Masters in Film at Deakin University in 2012, after completing two B.A’s, 1988 (La Trobe University), 1991 (Phillip Institute of Technology)- (Fine Art) and a Diploma in Education, 1992 (The University of Melbourne). Her filmography encompasses both drama and documentary which thematically revolves around societal issues, covering themes such as ageing, migration, end of life choices and the healing power of art. She is a member of the Australian Director’s Guild and malvern Artist’s Society.

“There is never a quiet moment in my mind. It is always thinking of ways to move forward with the many societal mishaps that humans are faced with; with this comes a culmination of art that challenges the questions, Have I done enough? Will it ever be enough?”

Recently she has been able to dedicate equal time to both her film work and art practice which has been conducive to her creativity. She has been on the multicultural advisory board of Channel 31, Vice President for Women in Film and Television, Victoria, and in 2018 was the recipient for the Community History Awards by the Royal Historical Society of Victoria and the Public Records Office of Victoria for her online series, ‘Migrant Stories’.

Her art work revolves around four different themes; nature, separated into animals and flowers, fashion with the impacts of consumerism, and consequently the many uniforms that women wear without knowing, as well as an ode to her Greek background.

Inherently the images that she creates at first seem child like and playful, bursting forth with confident brightness, but on closer observation the works are thought out, constructed with images taken from the Western world that she’s inherited. Gold leaf is placed as a means of enlightenment, drawing the viewer to that which is of importance in some way, embellishing the motifs that are used.

Her works show a glimpse of her identity as a woman, mother, wife, friend, artist, filmmaker, business owner, and her navigation of these roles in a Western society that is brandished with brands that consumers, the planet, are constantly exposed to. Whilst she references the world, it is only a reference from her inner responses to it. She is influenced by Jung, revelling in the collective consciousness; the symbols, her dreams, as well as the German expressionists, borrowing the explosive emotions adapted into her art.

When she is not immersed in her film work and art, she is busy with her four adult children, teaching, attempting to turn traditional patisserie creations to a vegan mix, travelling and dancing, the latter for her is an absolute non negotiable in life. 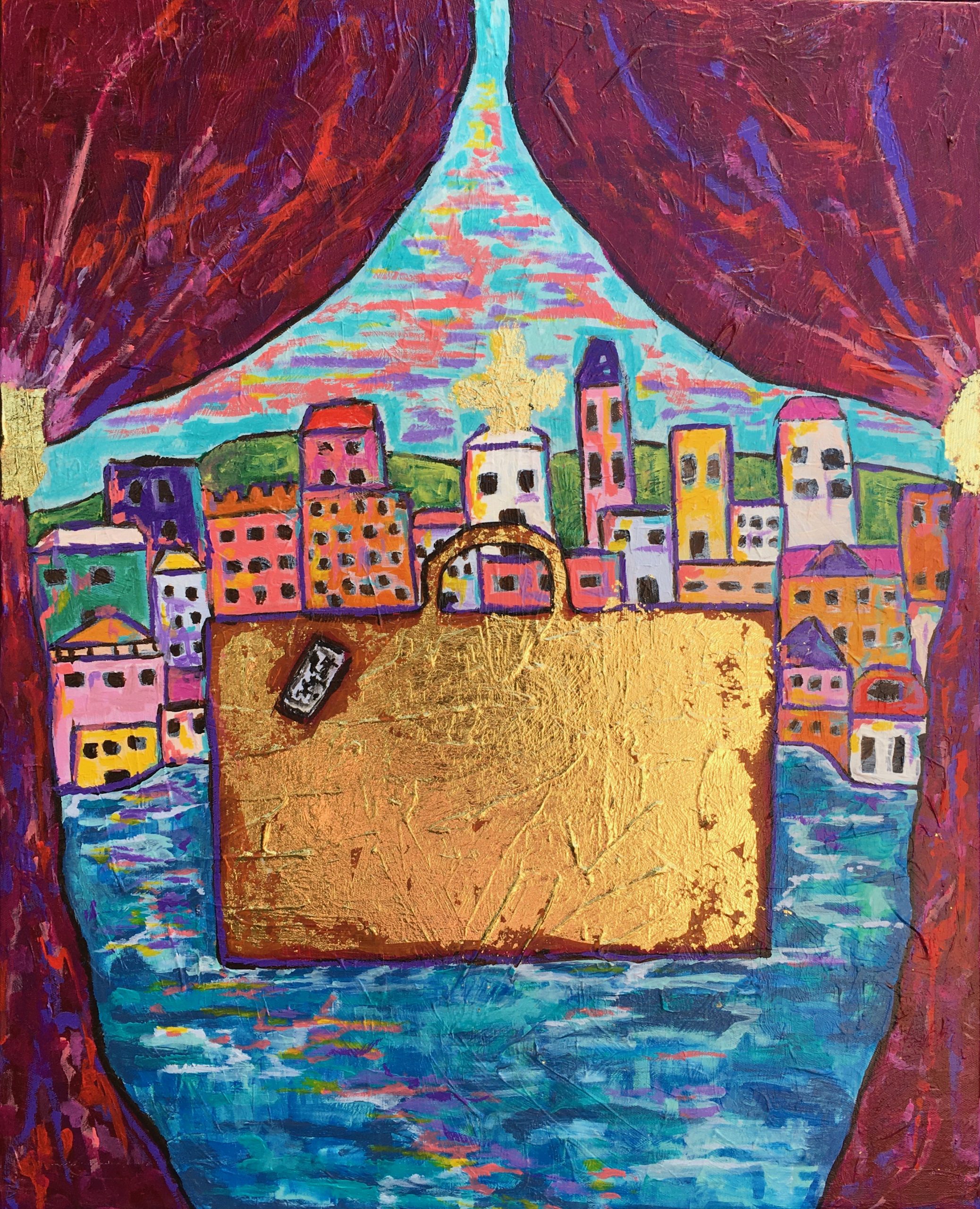 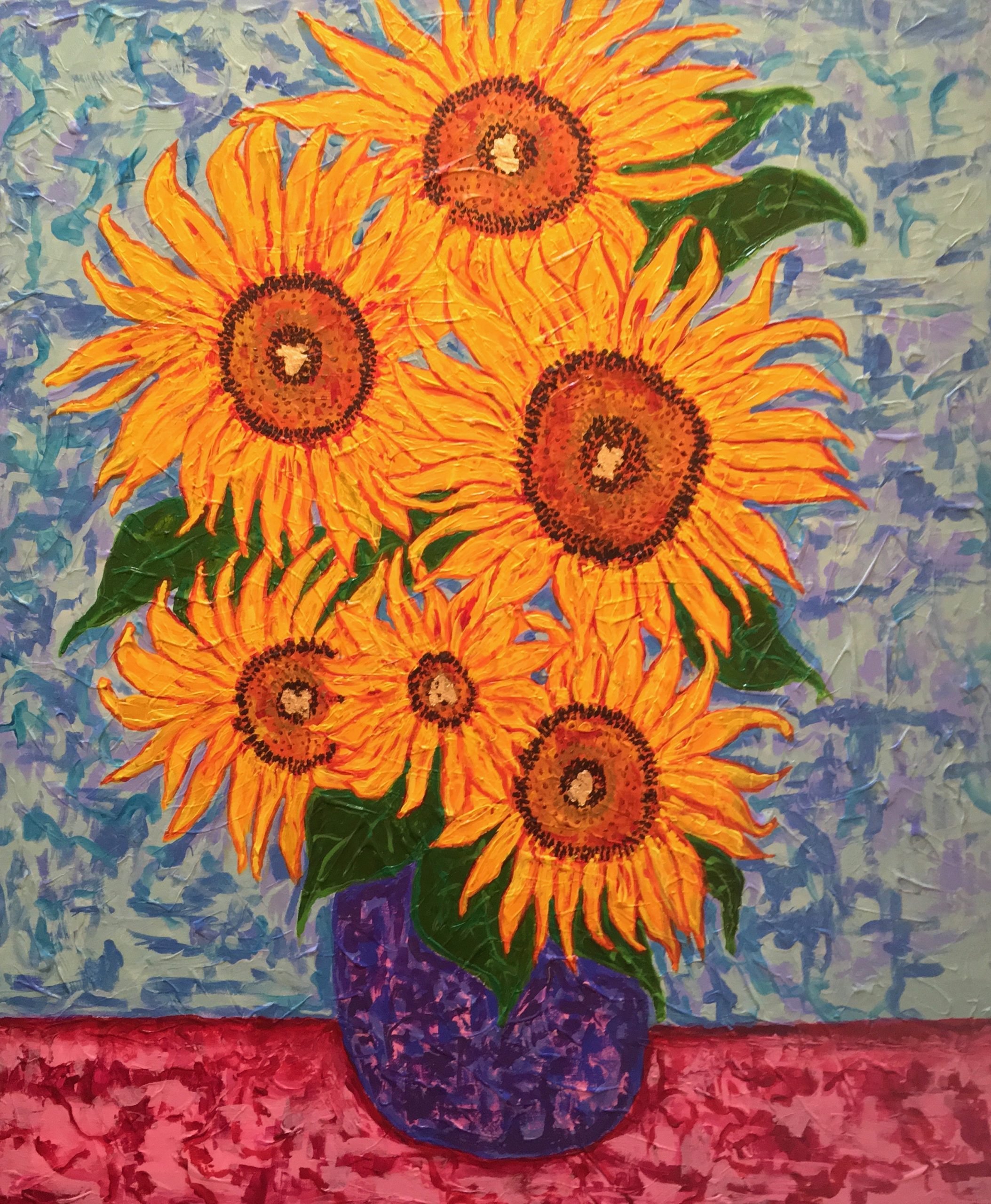 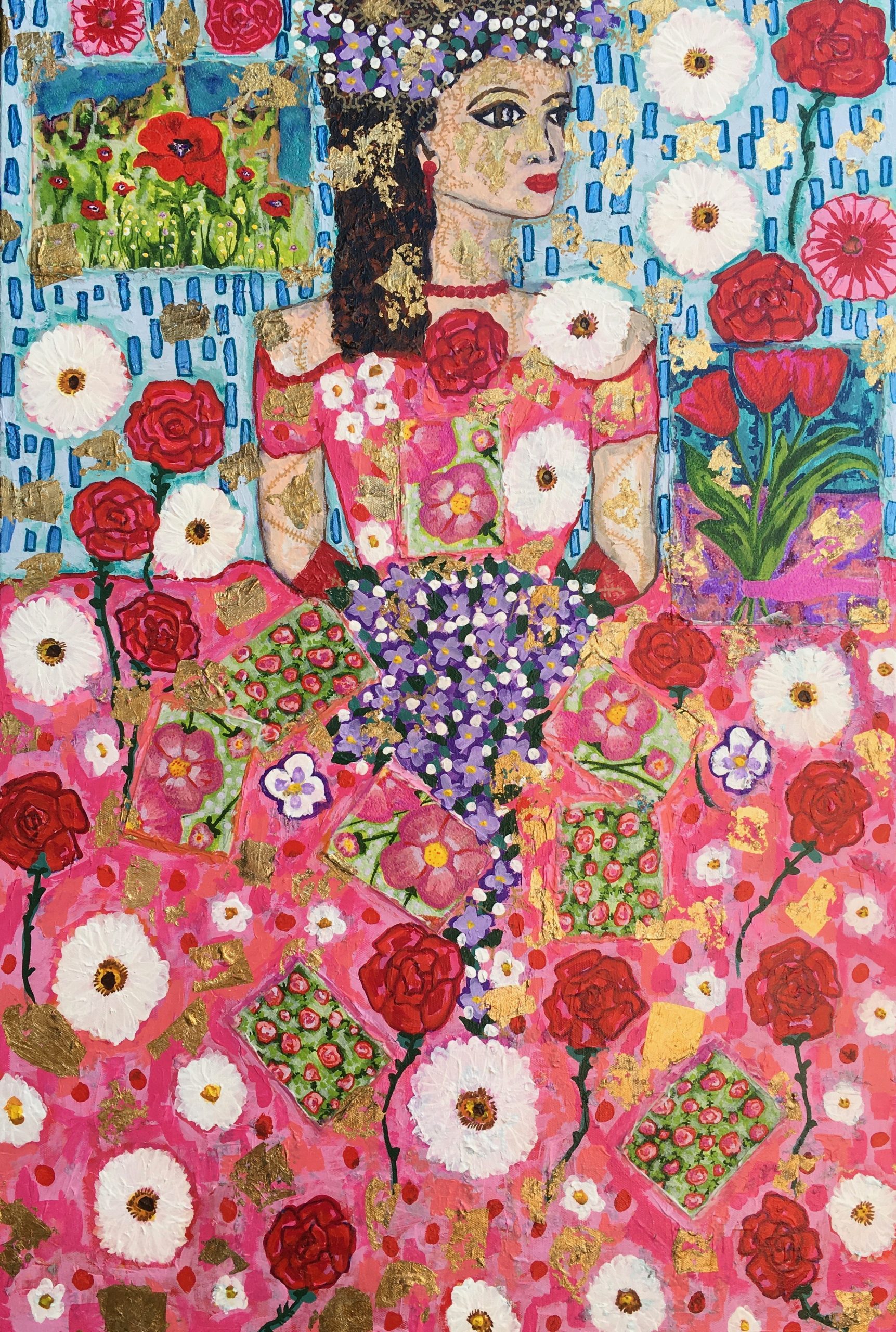 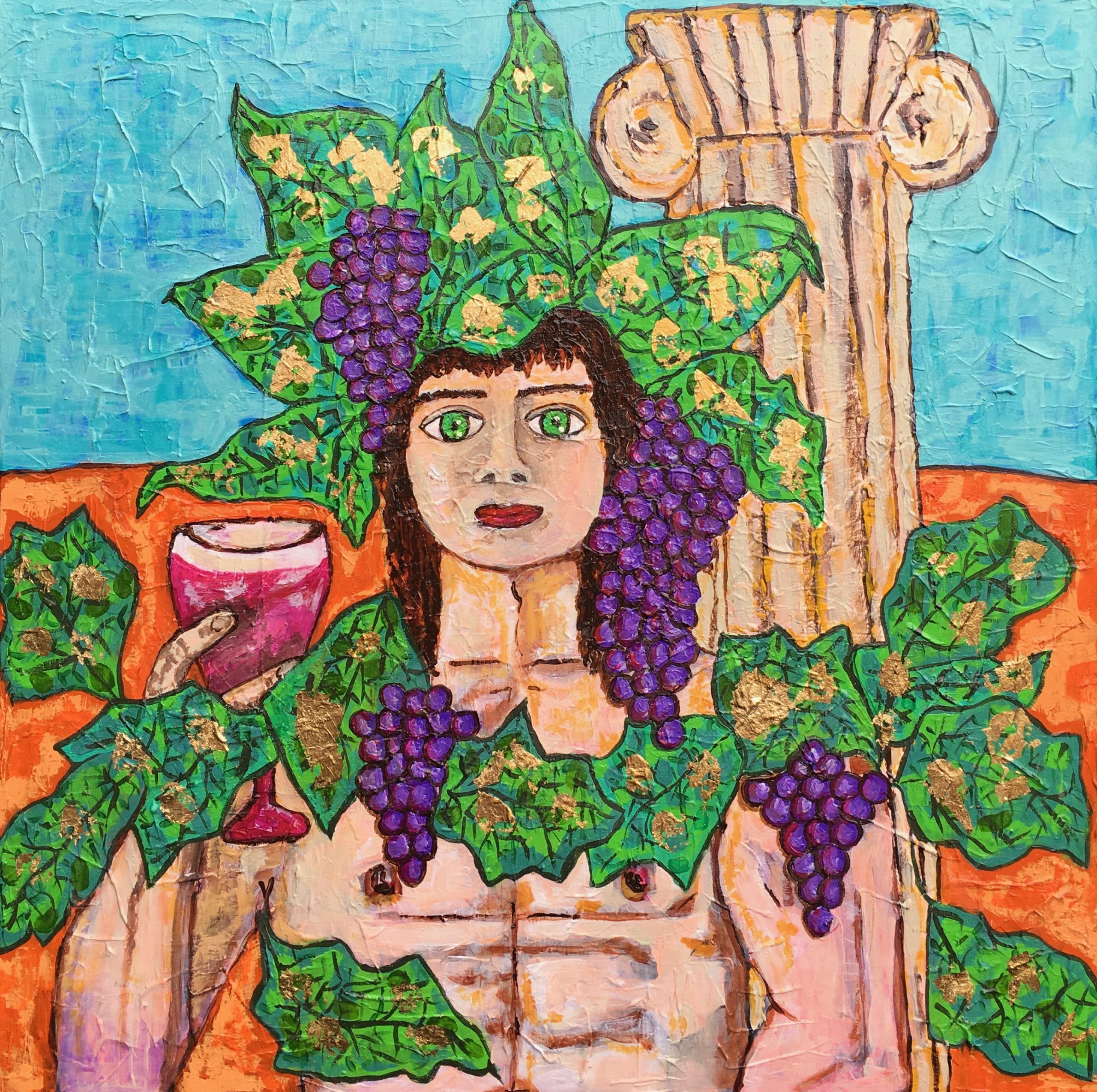 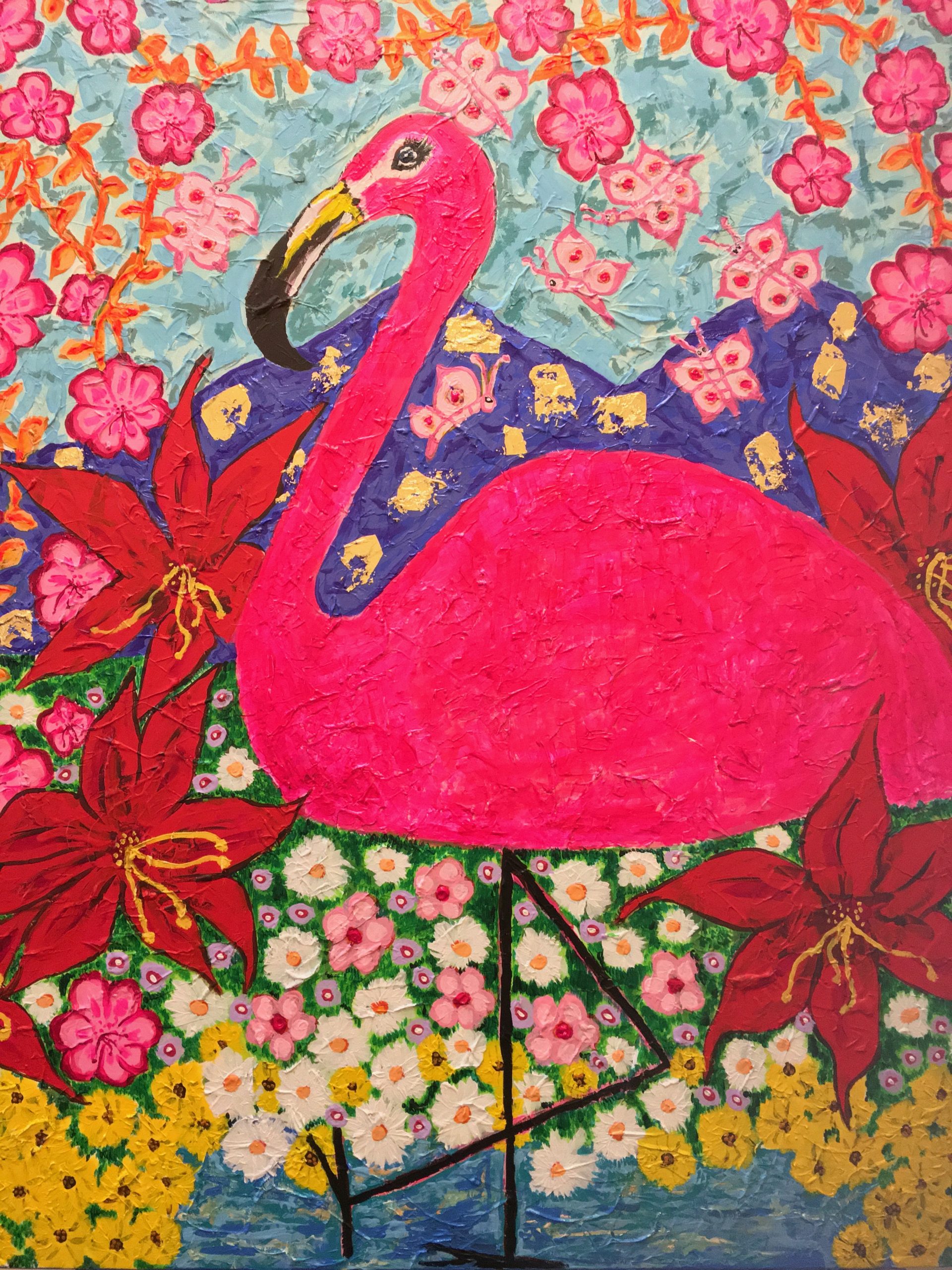