‘Singing Against the Silence’: The Poetry Reading at Steps Gallery 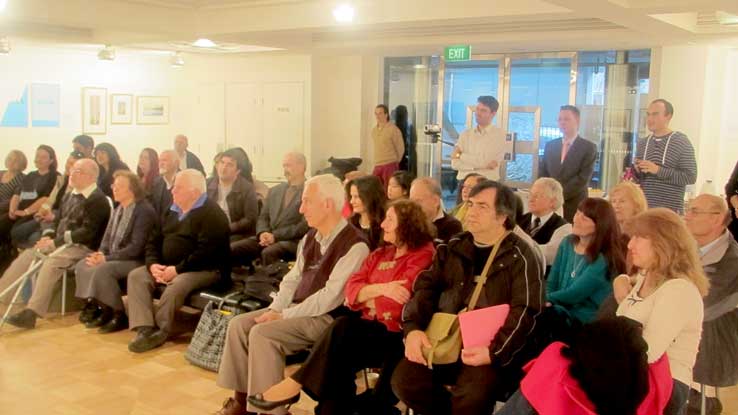 As part of the Antipodean Palette 2013, art exhibition, the Greek-Australian Cultural League organized an afternoon of bi-lingual poetic compositions in its plight to promote the written word.

The event took place on 30th June at Steps Gallery in Carlton and was well-attended by the youth and senior members of the community alike.

The primary speeches were given by three individuals: Cathy Alexopoulos, the President of the Greek-Australian Cultural League, who inaugurated proceedings; Eleni Lianidou, the Consul General of Greece in Melbourne, who stipulated the importance and promotion of emerging Greek-Australian poets and literature; and Paul Kiritsis, the Vice President of the League, who gave a discourse on the mythological milieus of pre-800BCE that spawned and proliferated ancient Hellenic literature.

Those who attended bore witness to the diversified concerns and interests of contemporary Greek-Australian poets, all of whom gave recitations in their distinctive manner. On the whole, ‘Singing Against the Silence’ proved to be a most splendid, eventful, and magical afternoon.