“Some Truths” by Litsa Nikolopoulou-Gogas 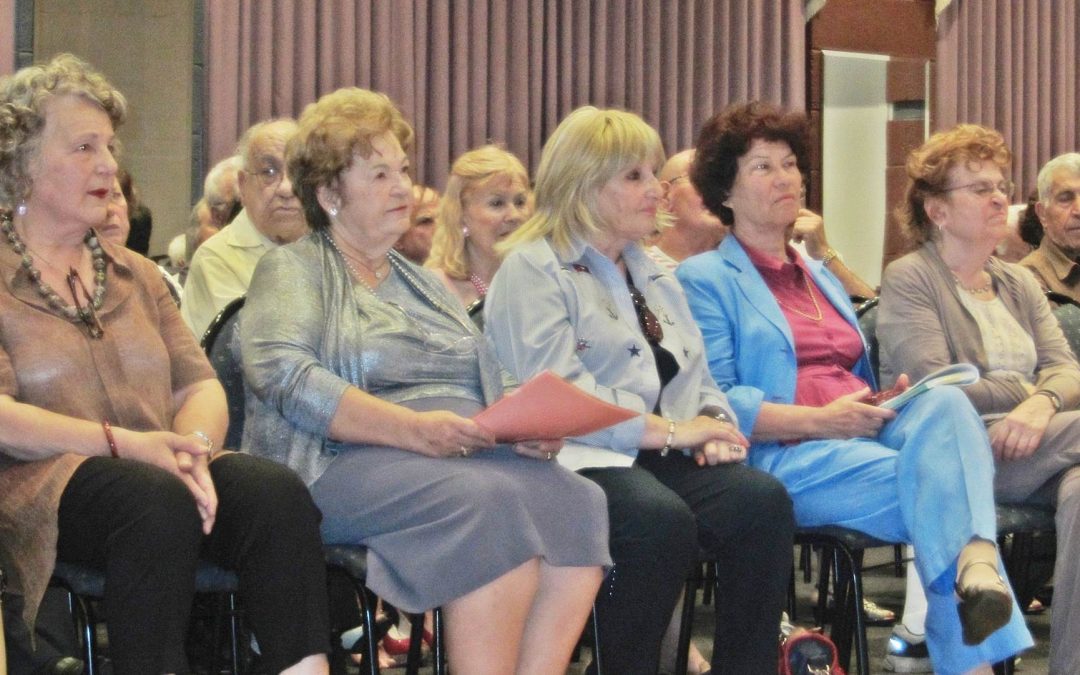 Litsa’s book, titled “Some Truths” is autobiographical and  divided into two parts, the first covers the period from when Litsa was young-during and after the second world war and the second part refers to her migration to Australia in 1956 till today.

This is Litsa’s seventh book and true to her style full of humanity, optimism and love for the underdog, she exposes without any reservations some truths that have struck a chord in her entire being as been unjust, unforgiveable and illogical. Her accounts are spontaneous and testify her search for a harmonious and equitable world. Her memory is remarkable in its clarity and coherence and she retraces events have left a mark in her life, events that have been painful and life changing, such as the incident with the old man, the “so-called” protector who made inappropriate and improper advances to her when she was a mere 8 year old child. The tortured and tormented budding youth of the war years was exposed to all sorts of exploitation, ill-treatment and abuse. The constant misery of living with only the clothes on your back and going to sleep hungry every night, not to mention the need to ask for charitable handouts to get through the day, are certainly character building and significant moments in these impressionable years. Everyone in the family had a role to play and he/she had no option but to obey the rules in order to survive. At the same time Litsa describes the wonderful and carefree times she and all her friends and relatives spent together playing games, doing chores, visiting friends-activities that today’s children would not have the freedom or be allowed to play. These children were certainly never “bored”.

Litsa makes reference to her large family’s struggle to survive in several of the short stories -she cites many instances of the hardships endured during and after the war years, such as the time when she was 8 and her older brother was 12 and they were temporarily fostered out to a distant relative whose handling of the children was far from humane and benevolent- but they endured it for a full stomach…

Litsa migrated to Australia in 1956 through the free passage available at that time from an organisation called DEME (an inter-governmental agreement) as long as you became a factory or rural worker of some sort in the growing industrialisation of Australia at that time.

Her life in Australia was by no means what she had dreamt or envisaged. Her initial experience with her “fiancé” was so distressful and distasteful that she began to live a new nightmare, an unforgettable experience that led her to make many concessions in her life.

Despite her protests Litsa finally agreed to an arranged marriage by her uncle to someone she did know or cared for. The trap was laid but where could she turn? She had no family, no support, no money, no real work, her wings were clipped and she could not fly, there was no escape. A wounded, lonely bird shaking with fear in the stormy ocean of insecurity and uncertainty.

Litsa raises a very important ethical issue-how is it that while under the protection of the of the family the female had to be obedient and adhere to the strict moral code of male/female relationships and yet once she stepped her foot away from that paternal threshold, she was exposed to unknown and unforeseen circumstances and left to her own devices to deal with them? “Out of sight, out of mind.”

Not only did the newcomers have to learn to adapt to the new life in a different geographical environment with an unfamiliar culture, a foreign language, unknown customs and social norms, but they also had to adjust to married life, in many cases in creating a home with an unknown person, rearing a family, creating friendship groups, finding work and the list is endless. They were prepared to go to any extent to secure “a deposito” towards the purchase of their own home, to get out of the rut of poverty and misery that they had endured all those years in their motherland.

Litsa gives many instances of the comradedary that developed with new friends, the time when she and her girl-friend wanted to make a traditional sweet from grapes and they left the sweet cooking on the fire while they went to the shop to get extra ingredients, only to return home (the rented home) to find that the pot had overflowed and the syrup was everywhere. The fear of being found out by their strict landlord is another reminder of the difficulties that confronted the newcomers.

She also describes how she gave birth to their first child- almost on the tram while going to work. This is reminiscent of the stories I have been told in Greece of the women working in the fields, giving birth and then continuing to harvest or water the land.

While reading the book at different parts you get the sense that this generation was the sacrificial lamb destined to be “slaughtered” in order to wipe clean all the impurities of the old order as well as assist in the social and industrial development of “Terra Australis”.

Wherever you live, life has its highs and lows and the migrant story is typical of this- Litsa accounts several tragic incidents that stamped the rest of her life, such as the untimely and tragic death of her oldest grandson, George, in a motor car accident. Also the unfortunate death of a very young child belonging to a friendly family who was the victim of the migrant’s struggle to improve their lot in life- the child accidently spilt a pot of boiling water over its body and subsequently died from its wounds.

Despite the adversity encountered by the first generation Litsa does not always paint a picture of “doom and gloom”, she manages to make reference to some lighter moments, such as when her husband, George, had painted the kitchen chairs red with left over paint. On her sister’s wedding day, her brother-in-law who was wearing a white shirt sat on one of the red chairs and needless to say that it became a shade of pink very soon.

Finally,  Litsa’s kind-hearted and compassionate nature does not forget the hardships faced by the children of the migrants- their parents almost compulsive need to “follow the dollar”, their lack of communication skills, their absence from home, their inability to participate in the child’s school environment, to mention a few of the adverse situations their children had to overcome.

She pays tribute to them and says-“…my pitiful, tormented children, you too have suffered and tasted the bitterness and problems of migration.”

This book is a testament of the migrant women’s voice, the forced mass migration imposed on the thousands of men and women who had lived not only the trauma of the war years but also the depravation of the civil war that followed. Poverty and destitution filled their existence and their only solution was to find salvation in foreign shores.

Litsa describes her trials and tribulations with an authentic, raw and truthful manner, she does not hold back and is not ashamed of what she had experienced. In fact she is proud of what she accomplished, her family, her children, her grandchildren, her circle of friends and her status in society.

Congratulations Litsa for another milestone in your writing path.