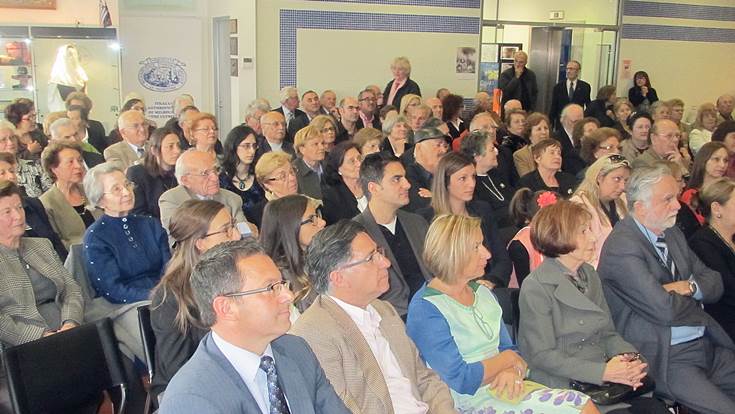 Ten years have already flown by since the passing (5/10/2003) of a multi-talented man, a popular poet, a skillful artist, a true friend, a fervent supporter and above all an exceptional human being. Stathis Raftopoulos may not be physically with us today but his spirit and memory have remained etched in our hearts.

There have been many literary events that I have attended, since his passing, that his name has been used as if he was among us reciting his memorable poems, filled with humour, satire, patriotism, nostalgia and love. He could be labelled as the local “bard” spontaneously entertaining the audience at social gatherings at a moment’s notice. He was a well liked performer who preferred to recite his poems rather than to write them thus having the immediacy and the reaction of his audience. His poetry has left an indelible mark in the migrant story, a story that he was part of and in some way helped to shape it.

Stathis become a member of the Greek-Australian Cultural League a few years after its establishment in 1970 and served from the position of Vice-President and was a member of the Administrative committee for 8 years. For several years the monthly meetings of the GACL were held at the company’s office (Cosmopolitan Motion Pictures) that he and Mr Giannoudis owned, in Bridge Rd., Richmond. In 1986, the GACL paid tribute to Stathis in the periodical “Antipodes”, in recognition for his invaluable contribution to the promotion of the Greek letters in Australia.

Without a doubt Stathis was one of the most industrious fellow countryman in Australia and with his artistic flair, astute business acumen, impeccable character, his philanthropic and patriotic sentiments have earned the love and respect of all who had come to know him. The sparkle in his eyes as he spoke emanated warmth, energy and kindness. His boundless humanity and his ardent love for promoting the Greek culture and civilisation will be remembered always. He was an unyielding patriot, the eternal Odysseus longing for his Ithaki and the patriarch of Greek poetry in the antipodes. That is the legacy he has left us.

Congratulations to Kyriako Amanatides who painstakingly spent several years writing Stathis Raftopoulos’ autobiography…a book that will enrich our understanding of what it really means to be a 13 year old boy migrating in a strange land and become a man of stature, respect and admiration.

Thank you Stathis, thank you to your family and thank you to Kyriako for re-igniting your beacon so that we can once again pay tribute to you, a man who had inspirational values and was the heart and soul of our community.

We will remember you always fondly.