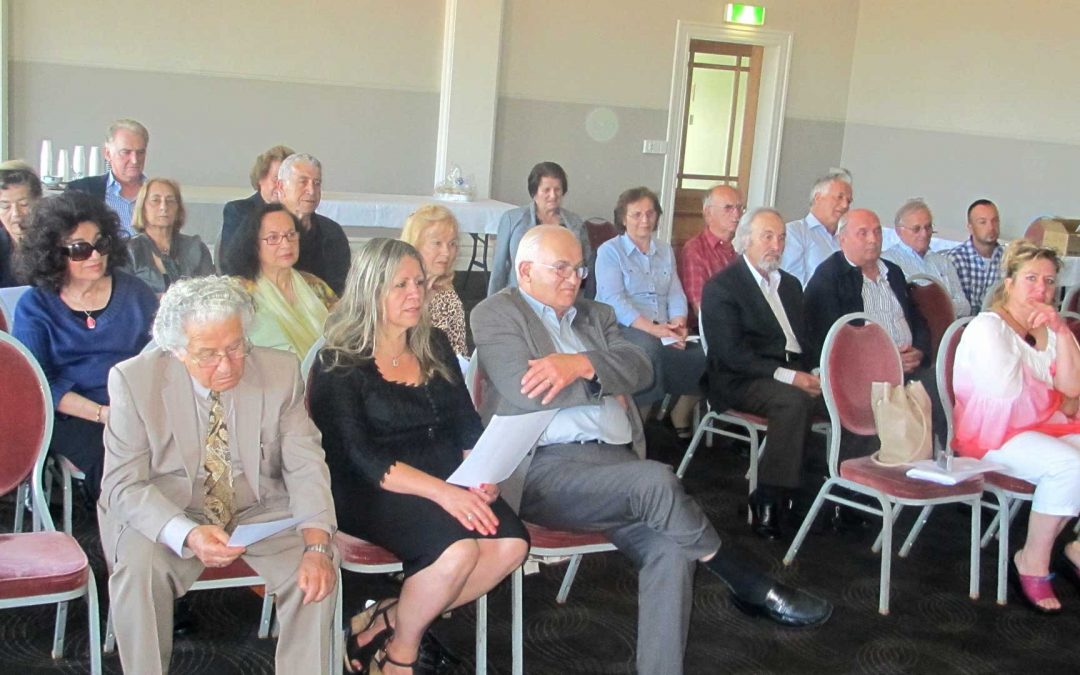 The members of the Greek-Australian Cultural League of Melbourne are invited to the Annual General Meeting, which will take place on Sunday, November 2014, at 3.00 pm, on the second floor of the Panarcadian Association of Melbourne and Victoria “O Kolokotronis», 570 Victoria St , North Melbourne. The building has an elevator.

Members who are interested to apply for the Board for the period 2015-2016 can supplement the special Application Form before the start of the General Assembly (Download Application Form here).

– Photo: From the 2012 Annual General Meeting