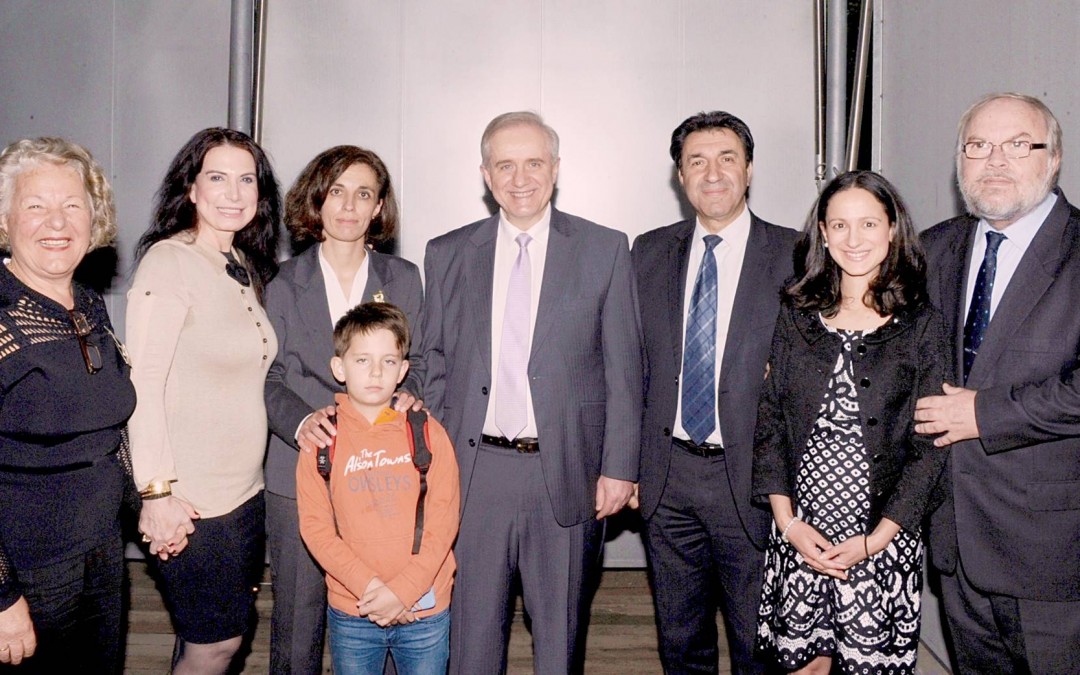 The English version “Call me Emilios” was launched three years ago in the same premises and received much acclaim and interest. Justice Emilios Kyrou’s translation was prompted by the need and the desire to reach out to the first generation and make it accessible to them. The Greek translation, rendered most capably by third generation Greek, Georgina Dimopoulos, will add to the rich tapestry of Greek-Australian literature in the Diaspora.

The event was successfully organised by the Greek-Australian Cultural League and the Hellenic Museum of Melbourne, attended by a diverse audience from Politicians, Judges, lawyers, the clergy, business people, writers, the media, representatives from community organisations, friends and relatives of the authors and many other invited guests.

All the speakers added their own dimension to the launch, speaking in Greek and English, thus capturing the diverse audience with their messages and keeping the interest alive. The keynote speakers were His Excellency, the Ambassador of Greece to Australia; Mr Haris Dafaranos who spoke about Emilio’s vision in writing his book “Call me Emilios”.

Of the large number of Greek migrants to Australia only a few have written the story of the first the generation, of their parents, which is gradually departing the scene and thus passing onto the future generations certain messages, so that they will appreciate the ties that have linked Greece and Australia. Messages which maintain the enduring cosmopolitan values of Hellenism in the context of the wider Australian society.

Next Mrs Eyvah Dafaranos’ first observation in relation to the autobiographical book of Emilios Kyrou was the beauty of his thought. She said Emilios wrote in English but his thought has the clarity, the Mediterranean warmth, which is so amply projected and felt when you read the Greek text. Emilios’ story is characterised as well by an Olympian serenity.

Mrs Dafaranos expressed the opinion that Emilios Kyrou’s book is characterised by a particular humility. It is the kind of humility which is strong, does not boast; instead provokes questions and begs for answers. It is an autobiography which has the purpose to facilitate our own introspection so as to move forward, touching, exploring, discovering in a cathartic and liberating way.

The author, Emilios Kyrou took to the podium and thanked all concerned with the publication of the book, especially his translator, Ms Georgina Dimopoulos, his family, the organisers and the invited guests.

Using the additional photos that this new book is enriched with he captured the audience with a lighter tone relating the relevance of the additional material.

Finally the translator, Georgina Dimopoulos, highlighted the reasons why she accepted Emilios Kyrou’s request to undertake such a demanding task. Firstly she wanted the migrant story to be told and circulated to a broader audience and secondly she wanted to encourage the second and third generation to study and speak the Greek language in order to expand their horizons and ultimately value their own family’s story.

Cathy Alexopoulos, the President of the Greek-Australian Cultural League, was the M.C. for the proceedings and very briefly outlined the history of the GACL and how in the last 46 years it has promoted, and supported the endeavours of Greek-Australian writers as well as visual artists and musicians in a multitude of different ways. The launch of this book was an honour and a privilege thus justifying all those years of copious efforts.

She also made reference to the similarities she experienced as a young child coming to Australia, to those outlined by Emilios Kyrou in his book.

The evening was a huge success with Justice Emilios Kyrou signing copies of his book to the hundreds in attendance.