The launch of the literary magazine ‘Diasporic Literature’ 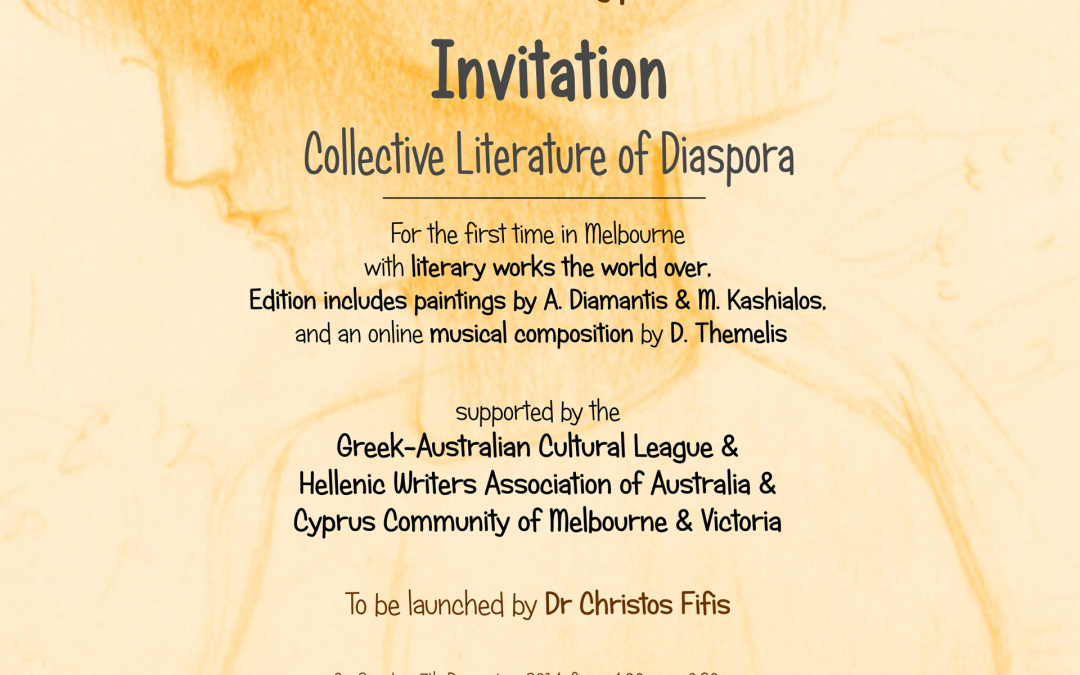 The launch of the literary magazine “Diasporic Literature” which is to include music and recitals in three languages, will take place at the Cyprus Community Building, Lygon Street, Brunswick on December 7th 2014. The magazine will be launched in the Greek language by Dr Christos Fifis.

The function will be enriched by the music of composers and artists Athea Sidiropoulos and Achillea Yiangoulli who will be performing Cypriot loved pieces in the Greek and English languages. They will be accompanied by the excuisite Spanish Band “Encuentro Dos”, spanish guitar music and Flamengo Dance.

On the day the first five issues of the “Diasporic Literature” magazine, in electronic format, will be available for purchase. All proceeds will be divided equally between the Greek-Australian Cultural League of Melbourne and the Hellenic Writers’ Association. Entry is free.